"Dancin' Dan" was born in Baltimore Maryland and worked as a DJ at WBJC Radio and WMAR TV in Baltimore. He worked 2 years at WKTE in King and recently re-established WTOB in Winston Salem as a thriving Oldies Station.

After discovering Shag and Beach music in 2009, Dan started WSMX Beach and Oldies in Winston Salem and now owns an operates SOS Radio The Sound Of the Strand. Dan was president of Winston Salem Shag Club for 2 years and has been involved with many beach and shag activities including Deejaying at parties and events. 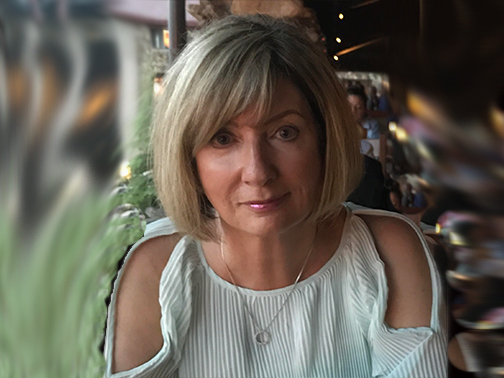 Paula Shelton "Sweetheart Paula" was born in Arkansas and was introduced to Radio by Dan in 2013, Dan & Paula met taking Shag Lessons and have been together for 10 years. Paula does the Bulletin Board. 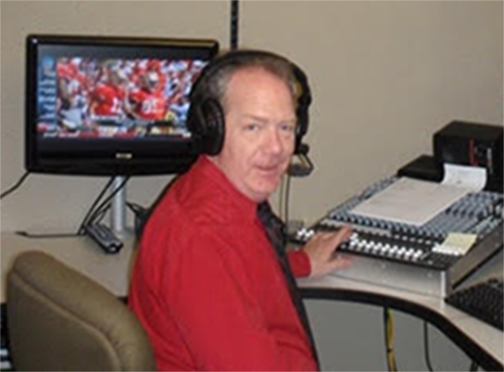 “Racin’ Randy" is from Charlotte, NC and grew up surrounded by music. His father loved Country, Gospel and, of course, Elvis. Meantime, his older sibling and cousins were listening to The Beatles, Stones, Motown and all the great “electric” music of the late 1960’s. He was exposed to “beach music,” at an early age since it was being played all over the Carolina’s. As a North Carolina native, Randy also liked NASCAR racing from an early age- and enjoyed working on his own vehicles, like many male teenagers did. Following high school, Randy attended Western Carolina University to obtain a degree in Radio and Television and after graduation began working at radio stations in North Carolina, Georgia and South Carolina. While working in Myrtle beach for WMYB and WAZX, Randy was hired as the DJ at the renowned Studebakers night club where his knowledge of beach music became apparent. His upbringing and familiarity with what were now called “oldies,” made him invaluable. In the 1990’s, Randy made his way back to Charlotte to work at the legendary “Magic 96” oldies station and held the position of Senior Producer for NASCAR Country, a weekly two hour internationally syndicated program. His long-term knowledge of the sport helped him write and produce a show which garnered two Billboard Magazine nominations for Best Syndicated program. Randy currently works at WGHP-TV in the Triad (Winston Salem- Greensboro – High Point) of North Carolina as a newscast director. He also does voice work for stations nationwide, and is a NASCAR correspondent for the nationally syndicated Sports Circus program which originated from Las Vegas. Randy’s favorite beach music song is “If I Didn’t Have A Dime” by Bob Collins and The Fabulous Five

"Famous Amos" has been involved in broadcast since his first job just after high school, but his love for radio started many years before. "I remember sneaking my 2-transistor radio under my pillow in the 4th grade to listen to big city stations like WLS in Chicago." Amos has worked for stations in both North and South Carolina, Georgia, Tennessee, West Virginia and Arkansas such as WAUG-FM in Augusta GA, 15Q in Knoxville, WRQK in Greensboro and Z-103 in Cheraw/Florence SC. Amos has also been involved in internet radio since 1999, not long after the technology to stream audio was invented. In 2018 Dan and Amos created SOS The Sound of the Strand Radio, where Amos is the Program Director and does an air shift. 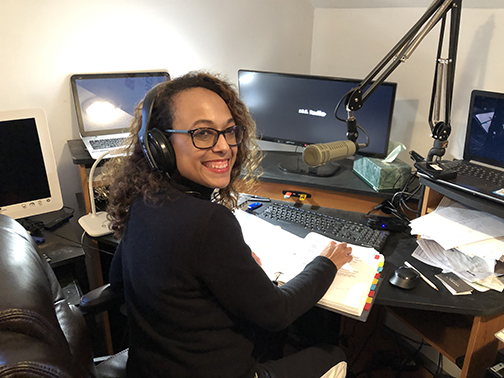 "Lady Leni" lives in the Winston-Salem area of North Carolina but is originally from Puerto Rico. Her father served our country for 23 years. During that time, she lived in Germany and the United Kingdom. It is no surprise that Leni loves to travel. In her past life she worked as a Vocational Rehabilitation Counselor. She first learned about Shag music through Dancing Dan. Shortly thereafter Leni joined the S.O.S family. She loves many genres of music and is having a blast!

“Rockin' George” was born in Virginia but grew up in High Point and taught Television Production. He has been close friends with “Dancin' Dan” for over twenty years and learned to shag about the same time as he did. He credits “Dancin' Dan” for sparking the business idea that changed his and his wife's lives. They have a television production company that films and supplies High Definition footage of the USA, France, Italy, Greece, Egypt, the UK, Canada, and Turkey to TV networks in the US and in England. His footage has been purchased by NBC, CBS, ABC, PBS, History Channel, A&E, Nat. Geographic Channel, Biography Channel, and both the Canadian Broadcasting Company (CBC) and the British Broadcasting Company (BBC) along with a few motion pictures. Although he has an extensive background in both television and photography, he has had no previous experience in radio or announcing but he is enjoying being a member of the SOS Radio family. He and his wife are hoping that Fat Harold's will reopen soon..